Diminished Capacity: What Does It Mean and How Do You Evaluate it?

The term “diminished capacity” occasionally comes up in the world of forensic psychology.   It doesn’t get as much attention as not guilty by reason of insanity (NGRI), but it’s still an important psycho-legal construct that forensic psychologists can evaluate for.

The diminished capacity plea is based the belief that certain people, because of mental impairment or disease, are simply incapable of reaching the mental state required to commit a crime.

This most often comes up in murder cases where the defense is trying to get a murder charge reduced to manslaughter.

For example, in an example of murder vs. manslaughter, a diminished capacity defense argues that a defendant is incapable of intending to cause , so they must have at most caused the death recklessly.

Unlike NGRI, the defendant isn’t saying that they are “not guilty”. They are stating that they are guilty but because of mental impairment or disease, are incapable of reaching the mental state required to commit the crime.

A successful plea of diminished capacity in a murder trial would likely result in the charge being reduced to manslaughter.

Since our practice is in California, we’re going to spend some time talking about the definition of diminished capacity in California.

California used to allow a plea of diminished capacity beginning in the 1950s. This plea came under criticism and scrutiny the 1979 case California v. White.

The crime was clearly .  White had extra bullets, climbed through a City Hall window to avoid metal detectors, and shot the two men nine times.

White’s attorneys argued diminished capacity and stated that a diet of only junk food had created a chemical imbalance in White’s brain.  This later became to be known as the “Twinkie defense”. They also stated that he was depressed over the loss of his city supervisor position.

They argued to his diminished capacity he was unable to premeditate murder, which is one of the requirements for first-degree murder. The jury convicted White of voluntary manslaughter.  This was a high-profile case and it caused a huge backlash against the diminished capacity plea.

In 1982, voters overwhelmingly approved a proposition to eliminate the “Diminished Capacity” defense.

Although “Diminished Capacity” was eliminated, California passed a new law that became to be known as “Diminished Actuality”.

California Penal Code Section 28(a) states that evidence that a defendant suffers from a mental disease, mental defect, or mental disorder is admissible “solely on the issue whether or not the accused actually formed a required specific intent, premeditated, deliberated, or harbored malice aforethought, when a specific intent crime is charged.”

In more simple words, psychiatric evidence is still admissible to prove that the defendant didn’t have the required intent or pre-meditation when they committed the crime.

The diminished actuality defense can be used as a defense when a “specific intent” crime is charged. In contrast, “general intent”, only requires that you perform the act.

We’ll give a quick explanation of specific vs. general intent below.

What are Specific Intent Crimes?

Specific Intent refers to the defendant’s state of mind at the time of the commission of the crime. Specific intent requires not only doing an unlawful but doing it with or objective.

Specific intent is generally included in the statue of the specific crime with words such as intentionally, knowingly, purposely, or willfully.

For example, burglary specifies that if an individual enters a building or locked vehicle with the intent to commit theft or any other felony is guilty of burglary.

First-degree murder is the unlawful killing of a human being, or a fetus, with malice aforethought.

What are General Intent Crimes?

Driving Under the Influence (DUI) is also a general intent crime.  The defendant doesn’t have to “intend” to drive drunk.  They only must be drunk while they’re driving. If it was necessary for them to “intend” to break the law, then most people would not be guilty of a DUI.

John is at home and he has a couple of beers.  Jon makes a poor decision and decides to clean his handgun.  While he is cleaning the gun, doesn’t check to see if there is a round in the chamber and pulls the trigger.  The round goes off, goes through the thin door, and hits his wife who is in the other room, and kills her.

In this situation, since John didn’t have “malice aforethought”, he did not have the intent to kill his wife and more than likely will not be charged with murder.

Since John was voluntarily drunk at the time the crime was committed, his attorney may argue diminished actuality by presenting evidence that he was unable to form the specific intent to commit the crime due to the intoxication.

In this case, he is not saying that he didn’t do the crime.  The diminished actuality defense makes it more difficult to prove that it was murder.

Jane is an adult with an intellectual disability and has the cognitive ability of a child.  She is at the store and she is shopping with her sister. Jane wanders away and grabs an expensive product.  She manages to rip off the theft sensor and starts to leave the store.  Loss prevention notices this and apprehends her.  The police are called, and she is arrested for grand theft.

In this situation, a diminished actuality defense can be it can be argued that due to her intellectual disability, she did not have the intent to commit to and she cannot be convicted of grand theft.

Bill comes home one day and finds his wife in bed with another man.  In a fit of rage and anger, he grabs the lamp that’s next to the bed and hits the man over the head with it and runs away.

His wife calls paramedics and the man later dies at the hospital.  Bill didn’t have “malice aforethought” or premeditation.  He did not have the intent to kill the man and he can’t be charged with murder.

What’s the Role of the Expert in a Diminished Actuality Case?

This basically means that an expert can testify about the seriousness of the mental illness or mental state at the time of the crime but can’t testify that the mental condition diminished the person’s capacity to form intent as related to the facts.

The trier of fact (jury in a regular trial and a judge in a bench trial), must connect the pieces and determine if the mental condition diminished the person’s capacity to form intent.

You can read more about the specific instructions that are given to juries regarding mental state at the time of the offense here: (CALCRIM No. 3428. Mental Impairment: Defense to Specific Intent or Mental State).

California no longer allows a “diminished capacity” defense.  This defense was eliminated in 1982 and replaced with a “diminished actuality”.

According to California Penal Code Section 28(a), psychiatric evidence is still admissible to prove that the defendant didn’t have the required intent or pre-meditation when they committed the crime.

Diminished actuality defenses are typically used in “specific intent” crimes just as murder, burglary, theft, or robbery.  For example, lack of intent can help a murder charge get reduced to a manslaughter charge.

The trier of fact has to connect the pieces and determine if the mental condition diminished the person’s capacity to form intent.

The concept of “diminished actuality” is complicated and confusing.  We’re hoping that this article was helpful and clarified how an expert witness can help determine a defendant’s mental condition or illness at the time of the crime. 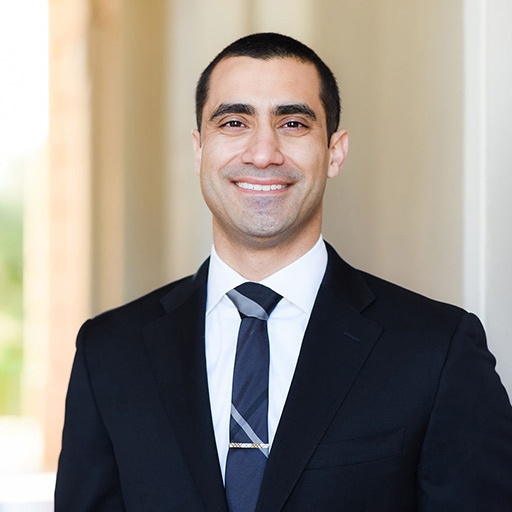